Hi friends! Today I wrapped up the debut novel Nightmares! by Comedic actor and star of the hit show How I Met Your Mother Jason Segal.
The book takes place through the eyes of a very angry boy named Charlie Laird, who has recently lost his mother from an unknown illness. His father remarries a woman who we know as "the stepmonster" and he Charlie believes that she is a witch. Charlie is suffering from nightmares where the evil witch (who he dreams is his stepmom) is trying to steal his father and brother. One night when he falls asleep he finds himself in "The Netherworld", on the chase of his life, as the evil witch steals Charlie's brother Jack. The Netherwold is a place where nightmares walk freely and a man with snakes growing from his head befriends Charlie in the race to save Jack. Along the way Charlie finds some of his best friends who are also stuck in The Netherworld while their physical bodies are asleep at home. The race is on to find Jack, and get home in time to wake up from this Nightmare that is affecting Charlie and his friends.
Wow! What a story! I have a hard time reading books written by celebrities because I have found that they lack alot of depth but this was such a fun read! At first this book made me really sad. I felt so sad for Charlie being an 11 year old boy who loses his mama. The anger this character possessed was crazy! I couldn't help but sympathize with the step monster either. Charlie was downright cruel to her and she still tried everyday to show him that she was not trying to replace his mom. Coming from a split family i understand the fear of your mom or dad re-marrying someone. However I cannot imagine what it must feel like to be a step parent and deal with the dynamic of raising kids who are not your own, as your own. Luckily I have the BEST parents and step-parents, I am truly blessed!
I gave this book 3 stars on goodreads, I enjoyed it so much but lets break it down...

Pros: Creative Story
Great illustrations
Wonderful and likable characters
Fast paced
Cons: Little bit of a lull right in the middle
semi abrupt ending.
I would recommend this book to those who love to read a kids book with some darkness and alot of creativity! 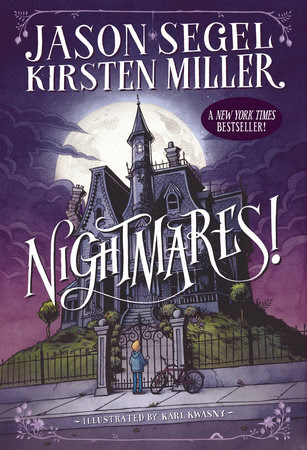 Hope you guys and gals check it out and please stay tuned for more fun!
Posted by elsewherebookreviews at 10:09 PM