It Ends With Us by Colleen Hoover

Hey readers! I haven't had a chance to post, on literally one of the BEST books I have read this year. My friend Sharon got me hooked on Colleen Hoover's writing last summer while my husband was in school full time and I was really bored. It started with Ugly Love then Confess and my heart was finally 100 percent stolen by Maybe Someday. I was told I needed to read her book Hopeless which was less than satisfactory in my opinion as well as the long awaited November 9, which was also disappointing. It Ends with Us came out at the beginning of the month and OH MY GOSH!!!...
It starts with a rooftop and a girl who is thinking about how she lost her father. While she is sad about it she is also relieved. Her father was her towns Mayor and he also kept a dark secret behind closed doors. His temper was short and his fists were fast. On this rooftop she meets a very handsome Neurosurgeon named Ryle. Ryle is upset from an incident "at work" and he and Lily, our leading lady begin to talk. There is attraction right away, but because Lily wants a relationship and Ryle doesn't they leave it at that. It was one night on a rooftop in Boston, Or so we think.
Lets go back in time a few years. Lily is in high school and she begins to notice this boy who is walking over to the abandoned house next door. His name is Atlas and he homeless. He was kicked out by his mother because of issues with his stepfather. As time passes we see a relationship blossom between them. We hear all about it through Lily's "diary" which is a book full of letters to her hero Ellen DeGeneres. She writes about wanting to open her own flower shop, the boy next door, and her life  with her family. She begins to let Atlas in both physically (letting him use her shower, and kissing while her parents are at work) and emotionally because Atlas understands what she is going through. After what seems like forever, Atlas connects with an Uncle in Boston and tells Lily that he is going to move. As they say their goodbyes with Lily losing her first love as well as her virginity, her father storms into her room and in another rage begins to beat Atlas with a baseball bat...
Fast Forward to the present. Lily has decided to purchase her first building to open her flower shop and a gorgeous and bored housewife wants to be her first employee. Little does Lily know that her new friend/employee Alyssa, is Ryle's sister and when they cross paths again it is the beginning of the craziest story ever.
What Ryle and Lily have seems perfect. She has her shop, He is a successful Neurosurgeon, they are taking it slow and falling more and more in love. One evening Ryle burns one of his hands on the dinner Lily is making and in an attempt to help him Lily sees a blur and ends up on the ground. Did Ryle Hit her? Is she imagining it? It looks like our leading man may have some skeletons in his closet as well
To add insult to injury we are reintroduced to a man who owns his own restaurant, and who used to sleep in an abandoned house, Atlas is also in Boston and when he and Lily see each other again she is now plagued with the What ifs...
Okay okay I cant say anymore because if I do then it will ruin the story and I don't want that. But let me just say...WOW! This was a book I had to make myself put down because it was so damn good. I was super in love with Ryle for the first half and this is how I pictured him 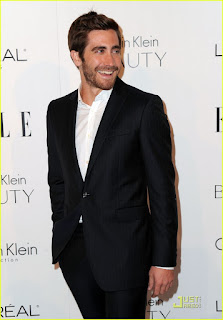 I mean come on.. If you have read it and imagine him at his sisters party, this is it!
Atlas was, for me bittersweet. I was so in love with Ryle for so long (until the obvious) that when I had to put a face to him it took almost the entire book, but one scene stuck out and this is who I saw 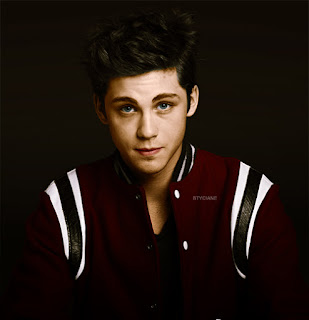 \Also equally as gorgeous, with more of a boyish charm, just like Atlas.
*Yes I know I picked celebrities, but if you follow my personal blog, kelseys365challenge.wordpress,com or if you know me personally, then you know how big of a movie buff I am and how Jake Gyllenhaal and Logan Lerman are my "boyfriends"*

I could picture anyone else as far as character go, and I tend to do that alot. They are more of an idea and less of of a physical being to me. Sad I know!
Anyway, I cannot say enough good things about this book and if you haven't read it, do so NOW! Hoover nailed it with this book and now I am back on a Colleen Kick and I am impatiently waiting for another book! 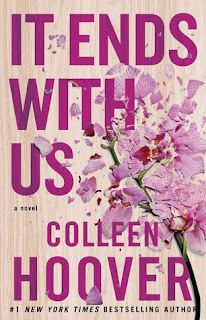 Posted by elsewherebookreviews at 8:28 PM

Email ThisBlogThis!Share to TwitterShare to FacebookShare to Pinterest
Labels: collen hoover, it ends with us, Kelsey